From the Archive: Finding the Next CEO of Apple

By pfeifferco on Wednesday, October, 12th, 2011 in Blog No Comments

Note: this article was written only a few days before Jobs officially announced his retirement so the decision was made to shelve it. Following his passing last week, we decided to post this as a tribute to him.

Unless you’ve been living under a rock –or are simply an Apple fan in denial- you’ve probably heard the rumors that Apple has started looking for Steve Jobs’ replacement. With the possible exception of Apple deciding to get into the music business, the hiring of the next CEO will probably be the most important decision in the company’s history. For better –and in some cases, for worse– companies take on the personality of their heads. Much in the same way Henry Ford defined Ford during the early 1900s, Steve Jobs has become the embodiment of Apple; or, perhaps a better way of putting it is that Apple has become the embodiment of Jobs.

With that in mind, here’s our advice to the folks over in Silicon Valley for what to look for in the next CEO:

Go Big
The worst possible scenario is for Apple to hire someone who will merely hide in Jobs’ shadow. They need a leader with a big personality, someone with true charisma. One of the most recognizable images of Apple is Jobs standing on stage for his keynote; trying to keep the jeans and black turtleneck while swapping out the person who wears them won’t cut it. The CEO needs to be his own person.

Look To the Horizon

If Apple is to continue its hot streak, the new CEO had better be a true visionary. In his own words, Jobs was always trying to “get busy on the next great thing,” and for the most part he succeeded. This point cannot be understated: 4 years ago Apple didn’t make cell phones; today they are the largest seller of cellphones in the world. The future of Apple’s success depends upon the next CEO’s ability to understand where both technology and society are headed. 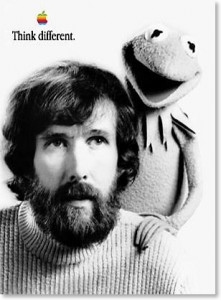 Think Different was the title of Apple’s wildly successful ad campaign, launched shortly after Jobs’ return to the company. The point here is not that Apple needs to hire one of “the crazies” mentioned in the ad (though it might help), but rather that the next CEO needs to know how to maintain the brand of the company. The moment consumers stop recognizing Apple as the most innovative and inspiring company is the moment they lose their edge in the market. Apple needs to go after an innovator of both products and company images.

The right leader will lead Apple into a new decade of success and continue to build on his predecessor’s success. The wrong one will have consumers calling for Jobs to return –and shareholders calling their stockbrokers.